Update Required To play the media you will need to either update your browser to a recent version or update your Flash plugin.
Purchase Yemaya MP3s Now

Rare is the bassist who steps forward to lead his own ensemble. Rarer still is the bandleader who successfully bridges the worlds of jazz and classical music. Roberto Occhipinti clearly belongs to that rare breed. On his first album, 2001’s Trinacria, Occhipinti explored the range of Latin jazz through works by Thelonious Monk, Cuban piano virtuoso Hilario Durán and his own compositions. His follow up album, 2003’s The Cusp, expanded on the concept, adding violin, flutes, reeds and horns while tackling composers as diverse as Wayne Shorter, Jimi Hendrix and Giacomo Puccini. Now, with Yemaya, Occhipinti has given full flight to his musical vision, employing horns, a string quartet and a full string symphony orchestra on classical arrangements of Cuban, Brazilian and original jazz pieces. It’s an inspired synthesis.

The album opens with “Maracatres” by Brazilian pianist Jovino Santos-Neto, in which saxophonist Phil Dwyer’s fluttering solo floats over a swelling ocean of horns and strings. The breezy title track has bata drummer Pedro Martinez singing a warm homage to the goddess of sea and nature in the Afro-Cuban religion while Moscow’s Globalis Symphony lend rich orchestral accompaniment. Equally striking is the sumptuous string arrangement of the gentle ballad “A Ilha” (The Island), by popular Brazilian singer-songwriter Djavan, to which Kevin Turcotte adds an achingly sweet flugelhorn solo. The next three compositions come from two of Occhipinti’s most talented and trusted collaborators: Durán provides “The Shadow” and “Herbie’s Mood”, a playful piece inspired by Herbie Hancock, while Dwyer contributes “Bernardo’s Tango,” a sensuous tribute to Italian film director Bernardo Bertolucci.

Occhipinti pays a few tributes of his own—all of them to drummers. Having previously dedicated numbers to percussionists Horacio Hernandez (on Trinacria’s “El Negro”) and Dafnis Prieto (on The Cusp’s “Prieto Azul”), here Occhipinti gives his respectful nod to drummers Mark McLean on the percolating “Mank”, to Ernesto Simpson on the moody “El Otro Tipo” and to the late Pancho Quinto on the spiritual “Yambu”. The latter, in particular, is deeply moving, as the bassist bids a heartfelt farewell to the legendary Cuban musician whom he called a friend, colleague and teacher. On all three numbers, Occhipinti’s gifts as a writer, arranger and soloist are on full display.

Born in Toronto of Sicilian ancestry, Occhipinti has long straddled the worlds of jazz and classical music. As a classical bassist, he has been a member of the Winnipeg Symphony, Hamilton Philharmonic and Canadian Opera Company orchestras. Meanwhile, Occhipinti has toured and recorded with Blue Note recording artist Jane Bunett on three of her albums, including the Juno Award winning Ritmo and Soul and the Grammy nominated Alma de Santiago. At the same time, he has recorded a trio of albums with Hilario Durán, including the Juno Award winning New Danzon, which the bassist also produced. Two other ventures saw him tour with experimental hip-hop stars Gorillaz and perform with Damon Albarn, front man of British rockers Blur, on the critically acclaimed Mali Music project.

With the ambitious Yemaya, Occhipinti has skillfully brought those worlds together, marrying his classical training with his abiding passion for Latin jazz and world music. In doing so, he has set himself apart as an innovator, as well as one of Canada’s most versatile and adventurous musicians. – Nicholas Jennings 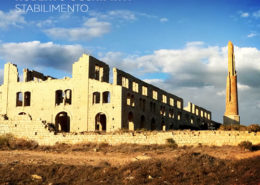 A Bend in the River
Scroll to top

This site uses cookies. By continuing to browse the site, you are agreeing to our use of cookies.

We may request cookies to be set on your device. We use cookies to let us know when you visit our websites, how you interact with us, to enrich your user experience, and to customize your relationship with our website.

Click on the different category headings to find out more. You can also change some of your preferences. Note that blocking some types of cookies may impact your experience on our websites and the services we are able to offer.

These cookies are strictly necessary to provide you with services available through our website and to use some of its features.

Because these cookies are strictly necessary to deliver the website, refuseing them will have impact how our site functions. You always can block or delete cookies by changing your browser settings and force blocking all cookies on this website. But this will always prompt you to accept/refuse cookies when revisiting our site.

We fully respect if you want to refuse cookies but to avoid asking you again and again kindly allow us to store a cookie for that. You are free to opt out any time or opt in for other cookies to get a better experience. If you refuse cookies we will remove all set cookies in our domain.

We provide you with a list of stored cookies on your computer in our domain so you can check what we stored. Due to security reasons we are not able to show or modify cookies from other domains. You can check these in your browser security settings.

We also use different external services like Google Webfonts, Google Maps, and external Video providers. Since these providers may collect personal data like your IP address we allow you to block them here. Please be aware that this might heavily reduce the functionality and appearance of our site. Changes will take effect once you reload the page.